This video gives a brief description of the Korean Conflict. Teachers, check out our store on TpT: bit.ly/2fSXb3V
***
Follow us on Facebook: ReadingThroughHistory/
****
Follow us on Twitter: bigmarshdawg77
In this video:
The United States and the Soviet Union never fought each other directly during the Cold War. However, there were multiple wars in which the two countries assisted opposing nations. One of those wars was the Korean Conflict. So, what was the Korean Conflict, and who was involved?
At the conclusion of World War II, in 1945, the nation of Korea, which had been controlled by Japan during the war, was divided into two pieces along the 38th parallel (referring to the latitude). North Korea was administered by the Soviet Union, while South Korea was governed by the United States.
The Soviet Union assisted North Korea in establishing a Communist government, led by Kim Il Sung, while the United States helped South Korea create a capitalist nation.
On June 25th, 1950, North Korea, with the assistance of the Soviet Union, invaded South Korea. The United States and several other nations immediately came to the assistance of South Korea. However, approximately 88% of the fighting force was supplied by the United States. The American soldiers were commanded by one of the heroes of World War II, Douglas MacArthur. In October of 1950, China entered the war as well, aiding the North Koreans.
After early difficulties, the combined forces of the US and South Korea were able to recapture Seoul (the capital of South Korea) and eventually drive the North Koreans back to the 38th parallel.
As the war continued, little progress was made by either side. In April of 1951, President Truman made the controversial decision to remove MacArthur from command. The decision was made for several reasons. MacArthur had provoked the Chinese into entering the war by crossing the 38th parallel. He also openly criticized President Truman’s handling of the conflict, believing that he, not the President, should have the authority to use nuclear weapons.
For the next two years, the opposing sides went back and forth, with all nations involved suffering many losses. There were significant battles such as Heartbreak Ridge and Pork Chop Hill, but the end result was a prolonged stalemate, with neither side gaining a clear advantage.
After three long and bloody years, a cease fire agreement was signed between the two nations in July of 1953. A Demilitarized Zone (known as the DMZ) was established at the 38th parallel. The DMZ is a 2.5 mile wide zone between the two nations where no military personnel or equipment is allowed. The area surrounding the DMZ still remains the most heavily fortified border in the world.
At the conclusion of the Korean Conflict, the United States had suffered more than 35,000 deaths and more than 8,000 soldiers were declared “missing in action”. North and South Korea combined for two million casualties. 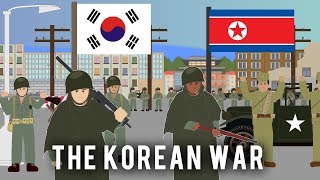 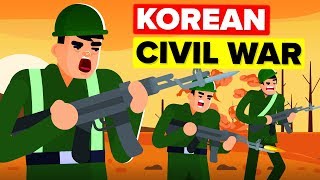 What Caused The Korean War

The Korean War : Our Time in Hell. Full Documentary 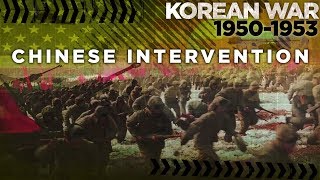 The Korean War: Every Day