The “new navy” is the focus of this 1969 educational documentary presented by the United States Navy - “The Attack Carrier: From USS Langley CV1 to USS Enterprise CVAN65.” The color film traces the development and history of aircraft carriers used by the United States Navy. Aircraft that have been used by the Navy, such as the Grumman A-6 Intruder and McDonnell Douglas F-4 Phantom II, also are featured. The USS Enterprise is shown at sea at mark 01:14, as several fighters launch from her deck and the narrator flashes back near mark 02:30 to the old wooden USS Langley, the Navy’s first aircraft carrier that had been converted in 1920 from the bulk cargo ship USS Jupiter (AC-3). At mark 04:08 we see Rear Admiral William A. Moffett, known as the architect of naval aviation, who presented the idea of a stronger navy to President Calvin Coolidge and led to the creation of the Langley. At mark 04:50 we see footage of Lieutenant Commander Godfrey de Courcelles Chevalier making the first landing in an Aeromarine 39B. Following a discussion of enhanced airplane design, the film discusses how pilots experimented with various bombing techniques to uncover new methods of attack. At the same time, the navy was developing new doctrine designed around aircraft carriers. The USS Lexington (CV2) and the USS Saratoga (CV3) soon followed with marked improvements over their forefather. By mark 15:00, we are transported to Pearl Harbor, Hawaii, on December 7, 1941, and reminded how, thankfully, no aircraft carrier was in the harbor at the time of the Japanese attack, as we see footage from that fateful day. The fact that the Japanese launched their attack from aircraft carriers bolstered claims by Fleet Admiral Chester W. Nimitz and Fleet Admiral William H. Halsey that naval aviation needed to be a major part of the navy’s future. Following several minutes of World War II combat footage, including scenes with the Grumman F6F Hellcat and Vought F4U Corsair beginning near mark 19:00 and kamikaze attacks by the Japanese, the film discusses a new threat to aircraft carriers via new high-speed jets at mark 23:10. The successful landing of an FH-1 Phantom in 1946 alleviated those fears. After a discussion of aircraft carrier warfare in the Korean War at mark 24:17, the narrator notes how carriers adapted to the heavier jet aircraft by strengthening their structure and utilizing steam-catapults for jets, the first of which was used aboard the USS Hancock (CV-19), as shown at mark 25:00. By 1963, the USS Midway was using fully automatic landings, we are told near mark 26:00. The film ends with a scene of the “new” USS Enterprise (CVN-65) at sea, the world’s first nuclear-powered aircraft carrier and “a complex instrument of war or peace.”
We encourage viewers to add comments and, especially, to provide additional information about our videos by adding a comment! See something interesting? Tell people what it is and what they can see by writing something for example like: "01:00:12:00 -- President Roosevelt is seen meeting with Winston Churchill at the Quebec Conference."
This film is part of the Periscope Film LLC archive, one of the largest historic military, transportation, and aviation stock footage collections in the USA. Entirely film backed, this material is available for licensing in 24p HD and 2k. For more information visit www.PeriscopeFilm.com 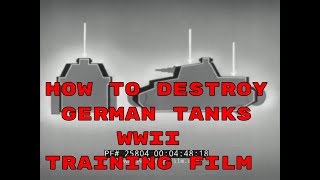 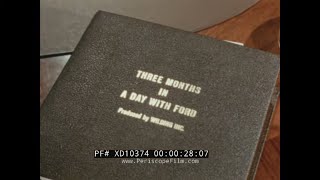 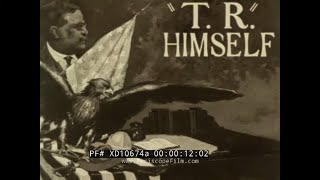 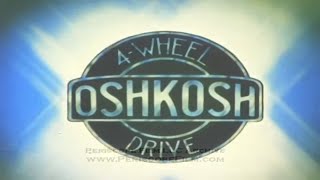 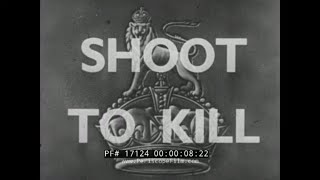