What was the Korean War? And why was America involved in such a faraway conflict? Was the United States' sacrifice--35,000 killed, over 100,000 wounded--worth it? Historian Victor Davis Hanson, Senior Fellow at the Hoover Institution, shares the fascinating story of a transformative war that many have forgotten.
Donate today to PragerU! l.prageru.com/2ylo1Yt
Joining PragerU is free! Sign up now to get all our videos as soon as they're released. prageru.com/signup
Download Pragerpedia on your iPhone or Android! Thousands of sources and facts at your fingertips.
iPhone: l.prageru.com/2dlsnbG
Android: l.prageru.com/2dlsS5e
Join Prager United to get new swag every quarter, exclusive early access to our videos, and an annual TownHall phone call with Dennis Prager! l.prageru.com/2c9n6ys
Join PragerU's text list to have these videos, free merchandise giveaways and breaking announcements sent directly to your phone! optin.mobiniti.com/prageru
Do you shop on Amazon? Click smile.amazon.com and a percentage of every Amazon purchase will be donated to PragerU. Same great products. Same low price. Shopping made meaningful.
VISIT PragerU! www.prageru.com
FOLLOW us!
Facebook: prageru
Twitter: prageru
Instagram: prageru
PragerU is on Snapchat!
JOIN PragerFORCE!
For Students: l.prageru.com/29SgPaX
JOIN our Educators Network! l.prageru.com/2c8vsff
Script:
Mention the Korean War today and most people will look at you with a blank stare. At the time it was fought, just five years after World War II ended, everyone recognized it as a world-shaping conflict, a stark confrontation between the forces of democracy and communism.
It began on June 25, 1950 when Soviet-backed communist North Korea crossed the 38th parallel and invaded its US-backed anti-communist South Korean neighbor. Within weeks the communists had nearly absorbed the entire country. The United States at first was confused over whether it should-or even could-respond. America had slashed its military budget after the end of World War II and was short both men and equipment. It still had not awakened fully to the expansionist threat of Soviet Russia.
The Soviets-buoyed by their own recent development of an atomic bomb and Mao Zedong’s communist victory in China-sensed America’s lack of resolve and encouraged the North’s aggression. Yet within weeks President Harry Truman rushed troops to save the shrinking Allied perimeter at Pusan on the southern tip of the Korean Peninsula. And by late September, 1950, General Douglas MacArthur had successfully completed the Inchon landings and launched counter-attacks.
He quickly reclaimed the entire south and sent American-led United Nations forces far into North Korea to reunite the entire peninsula-only to be surprised when hundreds of thousands of Chinese Red Army troops crossed the Yalu River at the Chinese border and sent the outnumbered Americans reeling back into South Korea.
Thanks to the genius of General Matthew Ridgeway, who arrived to assume supreme command in South Korea in December 1950, over the next 100 days US led UN forces pushed the communists back across the 38th Parallel. The fighting was fierce. Seoul, the capital city of South Korea, exchanged hands between communist and US led forces five times before it was finally secured.
During the years 1952 and 1953, the war grew static, neither side able to deliver a knockout blow. Eventually the conflict ended with a tense armistice in July 1953. For over the next 60 years, a cold war persisted between the Stalinist North and what, by the 1980s, had evolved into the democratic, economic powerhouse of South Korea.
Over 35,000 Americans died in the Korean War. The war marked the first major armed conflict of the Nuclear Age, and one in which the United States had not clearly defeated the enemy and thus not dictated terms of surrender. Was fighting the Korean War and restoring the South-without uniting the entire peninsula-worth the huge cost in blood and treasure?
The natural dividend of saving the South was the evolution of today’s democratic and prosperous South Korea that has given its 50 million citizens undreamed of freedom and affluence-and has blessed the world with topflight products from the likes of Hyundai, Kia, LG and Samsung.
South Korea is a model global citizen and a strong ally of the U.S.-and stands in sharp contrast to the communist regime in the North that has starved and murdered millions of its own people and caused untold mischief in the world community. Had it not been for U.S. intervention and support to the South, the current monstrous regime in Pyongyang would now rule all of Korea, ensuring its nuclear-armed dictatorship even greater power and resources.
For the complete script, visit www.prageru.com/videos/why-did-america-fight-korean-war 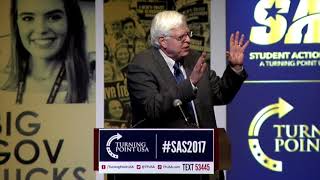 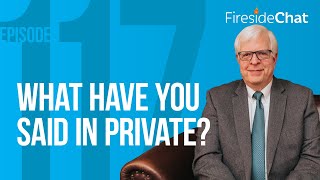 Fireside Chat Ep. 117 - What Have You Said in Private? 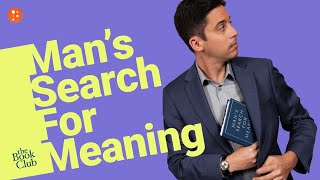 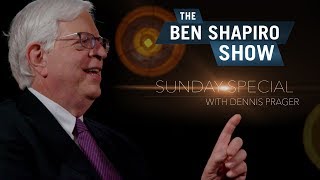 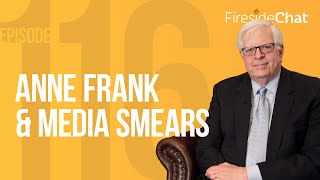 The Best of Dennis Prager

Interview: Jordan Peterson and Dennis Prager at the 2019 PragerU summit

Why God Is a He

Who Is Dennis Prager?

Dennis Prager on Happiness and Goodness

The Left Ruins Everything