Not so long after World War 2, the Cold War had its first very hot conflict. After the separation of Korea into a communist north and a pro-western south, the stage was set for war. A war that escalated quickly and brought new innovations to the front that were only in a testing phase a few years earlier. The conflict cooled down into an armistice and created the DMZ that we still know today.
» ALL VIDEOS on the Cold War: bit.ly/ColdWarPlaylist

» Zero Hour - The Cold War Begins: bit.ly/ZeroHourTCW
» JOIN OUR COMMUNITY FOR MORE HISTORY KNOWLEDGE!
Write us on Facebook: bit.ly/ITSHISTORYfb
Follow us on Twitter: thehistoryshow
Your photos on Instagram: itshistorychannel
» Interested in the First World War? Check out our PARTNER channel THE GREAT WAR!
koplayers.info
» SOURCES
Videos: British Pathé (koplayers.info)
Pictures: mainly Picture Alliance
Content:
Mulholland, Andrew: The Korean War: History in an Hour, William Collins, 2013
Malkasian, Carter: The Korean War, Osprey Publishing, 2014
Hastings, Max: The Korean War, Pan, 1987
» ABOUT US
IT’S HISTORY is a ride through history - Join us discovering the world’s most important eras in IN TIME, BIOGRAPHIES of the GREATEST MINDS and the most important INVENTIONS.
» HOW CAN I SUPPORT YOUR CHANNEL?
You can support us by sharing our videos with your friends and spreading the word about our work.
» CAN I EMBED YOUR VIDEOS ON MY WEBSITE?
Of course, you can embed our videos on your website. We are happy if you show our channel to your friends, fellow students, classmates, professors, teachers or neighbors. Or just share our videos on Facebook, Twitter, Reddit etc. Subscribe to our channel and like our videos with a thumbs up.
» CAN I SHOW YOUR VIDEOS IN CLASS?
Of course! Tell your teachers or professors about our channel and our videos. We’re happy if we can contribute with our videos.
» CREDITS
Presented by: Indy Neidell
Based on the script by: Daniel Hungerford
Directed By: Daniel Czepelczauer
Director of Photography: Markus Kretzschmar
Music: Markus Kretzschmar and Daniel Czepelczauer
Sound Design: Bojan Novic
Editing: Franz Jänich
A Mediakraft Networks original channel
Based on a concept by Florian Wittig and Daniel Czepelczauer
Executive Producers: Astrid Deinhard-Olsson, Spartacus Olsson
Producer: Daniel Czepelczauer
Social Media Manager: Florian Wittig and Laura Pagan
Contains material licensed from British Pathé
All rights reserved - © Mediakraft Networks GmbH, 2015 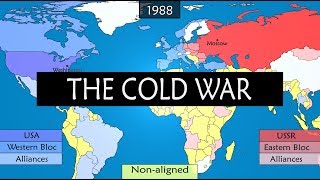 The Cold War - summary of main stages of conflict 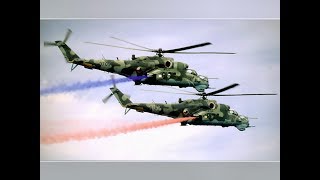 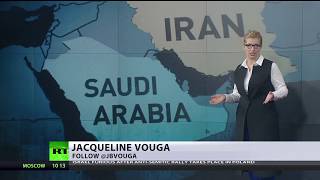 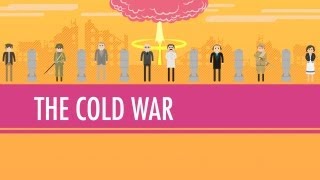 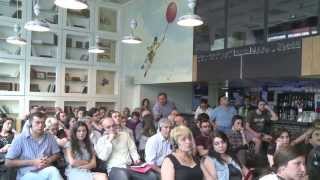